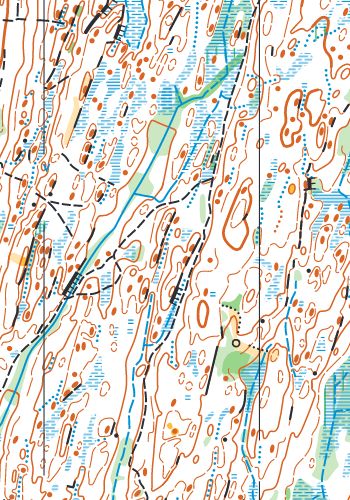 Round 3 of the 2018 World Cup takes place in Østfold, Norway on 31st August and the 1st and 2nd September. It is "pre-WOC" as the 2019 World Orienteering Championships are in the same south-eastern part of Norway. 2019 is a year for a forest championships.

The round includes a shortened long distance race, a prologue + pursuit, and a relay.

Runners will start in reverse order of World Ranking, two minutes apart, except for the last 15, who will be three minutes apart. Estimated winning times are 65 minutes for women, 80 minutes for men.

For the prologue the start interval is 1 minute. The order is reverse world ranking list in randomised blocks of 15.

For the chasing start, the time each competitor starts after the leader will be double the amount of time they were behind the leader in the prologue. Final results are the order across the finish line.

Competitors more than eight minutes behind the winner in the prologue will take part in a mass start 20 minutes after the first start in the pursuit. They will be ranked after all finishing competitors in the ‘normal’ pursuit, with their time calculated as twice their prologue time plus their pursuit time. It should make good TV.

This is for teams of three, countries can enter multiple teams.

The selection announcement for Rounds 3 and 4 of the World Cup (31st May) includes these fourteen athletes. It is possible that in fact there may be one or two more men. With next year's World Champs in the same part of Norway (and with the same organising team) those wanting a chance to run in the World Champs next year will have wanted the experience.

Update 29th August: Indeed, the selection announcement is updated and Ben Mitchell (of Swansea Bay) and Matt Fellbaum (of Manchester & District) will also run the Monday relay. This year Ben ran the World Universities, and Matt the Junior World Champs - where he took the silver medal in the sprint.