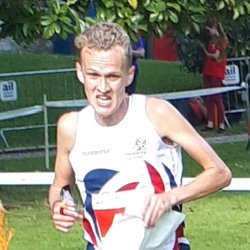 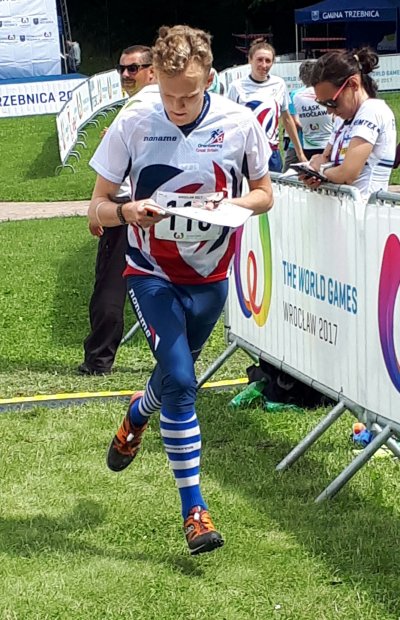 Although now living in Edinburgh, I grew up in Nottingham and continue to represent Nottinghamshire OC. I began orienteering with my family aged 6 and did well at the JK and British as a junior, onwards from winning M10A at JK in 2000. I was a member of East Midlands Junior Squad; attending British Orienteering's annual summer training camps at Lagganlia, Badaguish and Halden (2005-2007) stoked my enthusiasm for training and taking the sport seriously. Future WOC team-mates Kris Jones and Alan Cherry were also at these camps and their competitive friendship pushed us all forwards in the years to come.

I studied Physics at Oxford University (we won British Relay Champs in 2013) and Mathematics at the University of Tulsa, which I attended on an athletic scholarship to run XC and Track in the NCAA. This caused me to take a year away from orienteering, as there's no maps or clubs in Oklahoma! I was 21st in the English Cross-Country Champs in 2014, 19th in 2017. 3000m PB of 8.26. Orienteering is my main focus, but, through the course of my training, I'm an equally keen runner. My favourite is Cross Country, but I also run on the track and fells. I run for Notts AC in England, and Hunters Bog Trotters in Scotland. I've represented England internationally in Mountain Running and have tried my hand at mountain marathons too, winning the OMM A class in 2011.

In Scandinavia, I run for Oslo-based Lillomarka OL. We were 6th in 10-Mila 2017. Previously I've run for Stockholm clubs OK Ravinen and OK Sodertorn. My favourite kind of orienteering is fast-paced head-to-head racing, so I love running both sprint and forest relays. I'm also really looking forward to the new knockout sprint format coming to WOC in 2020.

I work as an administrator at the University of Edinburgh, which allows me to train with the up-and-coming juniors in EUOC and benefit from the opportunities available in a city full of active orienteers and clubs.

Over the winter 2017/2018, Will Gardner and I have been working as coaches for Orienteering Victoria, based in Melbourne, Australia. It's been great to meet a whole new population of orienteers, run on new maps and terrains and to catch some winter sun and warmth.

Peter won the British Long Distance Championship race at Balmoral in May 2018.