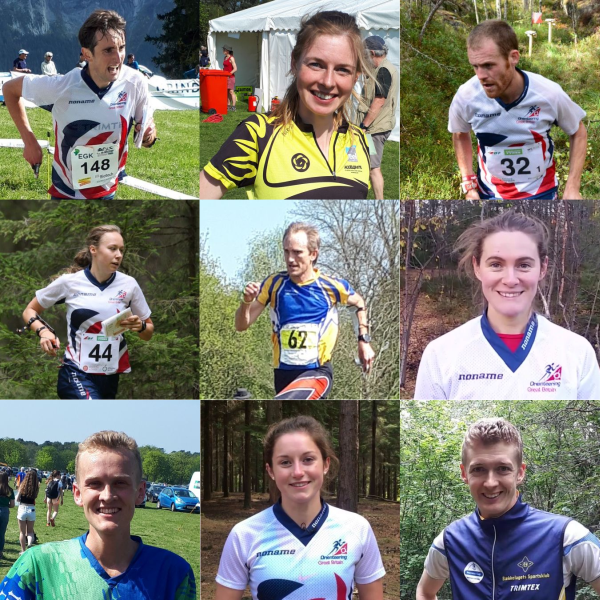 The Women's Results returned Great Britain to Division 1 of the IOF country rankings as they won Division 2 by 295 to Estonia's 290pts. That means they qualify for three rather than two runners in the WOC long race in Czech 2021. The men were fourth in Division 2, behind Finland, Austria and Latvia, and remain in Division 2 i.e. 2 runners in the 2021 long race. 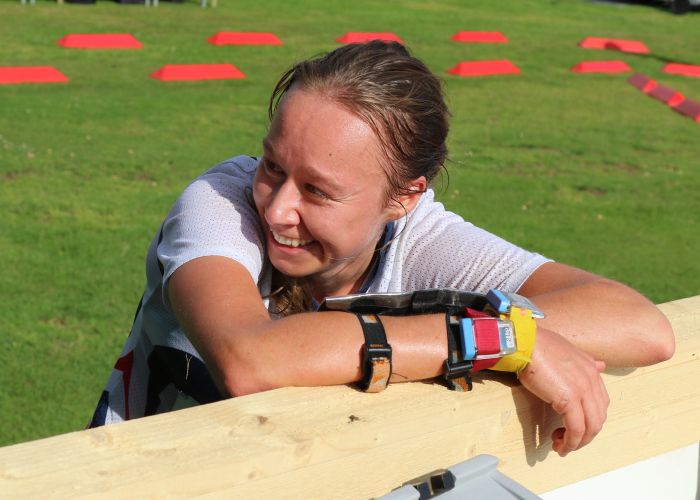 On the Red Line News Items

Tove Alexandersson won three golds. Simona Aebersold won two silvers and a bronze. Olav Lundanes won both individual men's races, but Norway, who had won gold in 2016, 2017 and 2018, did not get a medal in this year's men's relay. Nor did they get any of the women's medals, although Anne Margrethe Hausken Nordberg was two seconds off bronze in the middle and was a close fourth at the end of the relay. Lina Strand won a gold and a silver, as did Gustav Bergman. Natalia Gemperle won two bronzes.

All ten of the top ranked women in the World Ranking List were running, and nine of the top ten men (the other one, who had a personal place to enter as the reigning World Champion, was injured.) The heats were teh first race of the competition, on Tuesday and the finals on Friday.

Five of six British athletes won through their heats to the finals. Matt Speake was the runner narrowly eliminated: he was 17th in his heat with 15 to qualify.

The women's champion was Tove Alexandersson (Sweden) ahead of Simona Aebresold (Switzerland), with a tie for third between Venla Harju (Finland) and Natalia Gemperle (Russia). There were three other runners within 7 seconds of that tie.

In the women's final Megan Carter-Davies was 21st, Jo Shepherd was 24th and Cat Taylor was 27th. In the men's final Ralph Street was 19th and Peter Hodkinson was 31st.

None of these were personal bests although Peter tied his from 2017 in Estonia. Megan was 20th the previous time she has run the WOC middle - last year in Latvia, Jo was 18th in 2017, Cat had her great result of 5th in Scotland in 2015, and Ralph was 13th last year.

These were on Wednesday: the men's race was first. There was some surprise amongst those watching that an early long route choice leg seemed to have its best option as a road run. This was chosen most successfully by the Norwegian junior Kasper Fosser, who also ran the other long leg very well. He was eventually only pushed down to the silver medal by the speed of the reigning champion Olav Lundanes through the last forest sections. Daniel Hubmann of Switzerland just won the bronze from his compatriot Matthias Kyburz.

The women's race was dominated by the reigning champion Tove Alexandersson of Sweden. She won in 69 minutes to the silver medal time of 75 minutes of her teamate Lina Strand. The 21-year old Swiss runner Simona Aebersold won bronze. The final sections of both men's and women's courses were identical and Tove's time through this part of the course was as fast as most of the men.

In the men's race Hector Haines was 20th and Graham Gristwood 21st.

In the women's race Jo Shepherd was 21st and Charlotte Watson 36th.

Photos below of Charlotte, Graham and Hector by Rob Lines

These were on the last day, the Saturday, and It absolutely poured with rain all day until about 7pm, the middle of the men's relay. The races were late in the day for television. Indeed the viewing figures for all the television broadcasts were very pleasing for the organisers. Both races were close, and entertaining for the crowd, with Sweden winning both golds, and both Norwegian teams missing out.

That the Norwegian women missed out was not so surprising as they are considered not so strong as the powerhouses Sweden and Switzerland, and similar to Russia and Finland the other likely potential medallists. It was surprising in the men's though. Magne Daehli has run the last leg for Norway in the last four World Champs, never losing a position, and taking silver in 2015 and gold in 2016, 2017 and 2018. This year he took over in the lead, and came fifth. (And then immediately faced the TV interviewers.)

There was not a huge amount of gaffling ("forking" in international English): there was thus quite a bit of group running, and finishing speed was important. At the end of the first leg of the men's the first 13 teams were only spread by 16 seconds.

In the women's Karolin Ohlsson and Julia Jakob ran the last leg together and Ohlsson won the sprint for gold. Behind them Natalia Gemperle (Russia) outran Anne Margrethe Hausken Nordberg (Norway) at the end. The Czechs were fifth and Finland sixth.

In the men's Gustav Bergman ran a great final leg to take the win for Sweden, ahead of Mikka Kirmula of Finland winning silver and Lucas Basset of France taking the bronze. Vojtech Kral of Czech Republic was seven seconds behind him, and then Magne Daehli was another five seconds further back. Switzerland, with both Hubmann brothers in the team because Matthias Kyburz was injured, were sixth.

Thanks to Rob Lines.