The British Night Championships were held on Saturday evening in the woods at Hambleden, a shooting estate on the north bank of the Thames near Henley. The estate was the location for two days of the Easter JK festival in 2013 (the middle and the relay),and had not been used since.

The fast hilly woodland proved great for the Night Championships. Our thanks to hosts Thames Valley O.C. who did a very good job. There was quite a buzz in the crowded and warm marquee after the race as the final runners came in, and results were readied for the prizegiving. The organiser was John Dalton, planner was Neville Baker and controller Alan Rosen. Results were posted online through the evening.

The M21L trophy was retained by Graham Gristwood of Forth Valley Orienteers who covered the 11.9km and 380m course in just 60:21. His speed of roughly 5mins/km (ignoring climb) was not very different from that of his run at the JK Middle race in 2013, and meant the recommended winning time was beaten by nearly 20%. Nobody was too worried about though (recommended length for all other courses is a ratio from the length of M21L, allowing 1km length for each 100m of climb), and with most UK races the previous two weekends having been cancelled for storms almost all were very pleased to have got out and enjoyed their runs.

It is the seventh consecutive win of the British Nights by Graham, and it came with a good margin of seven minutes over second-placed Ben Mitchell of Swansea Bay, and third placed Philip Vokes of Octavian Droobers. 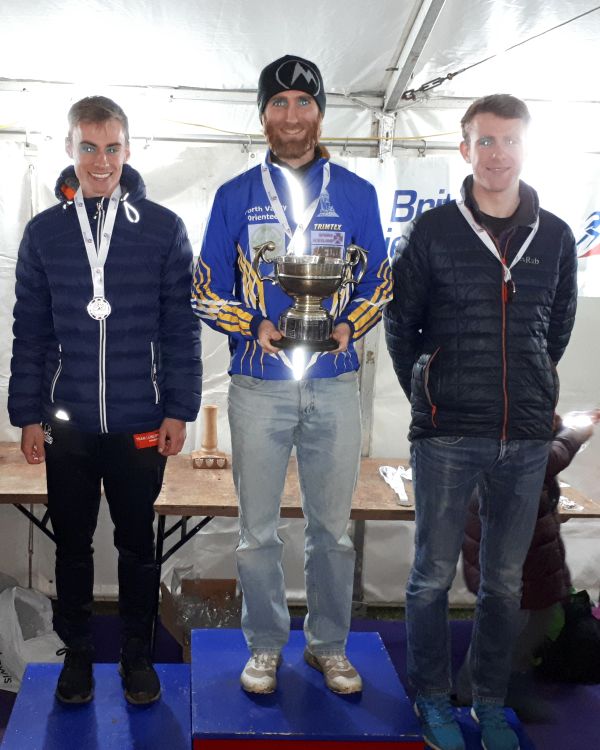 The W21L trophy was won by Megan Carter-Davies of Mid-Wales O.C. It was Megan's first win.

Second was Sarah Rollins of Southern Navigators, and third Chloe Haines of West Anglian. Megan's run on a course shared with M18/45/50 did include a couple of mistakes (leg positions of 21st and 37th) but it was still quick enough to take the course win as well as that of the W21 class. 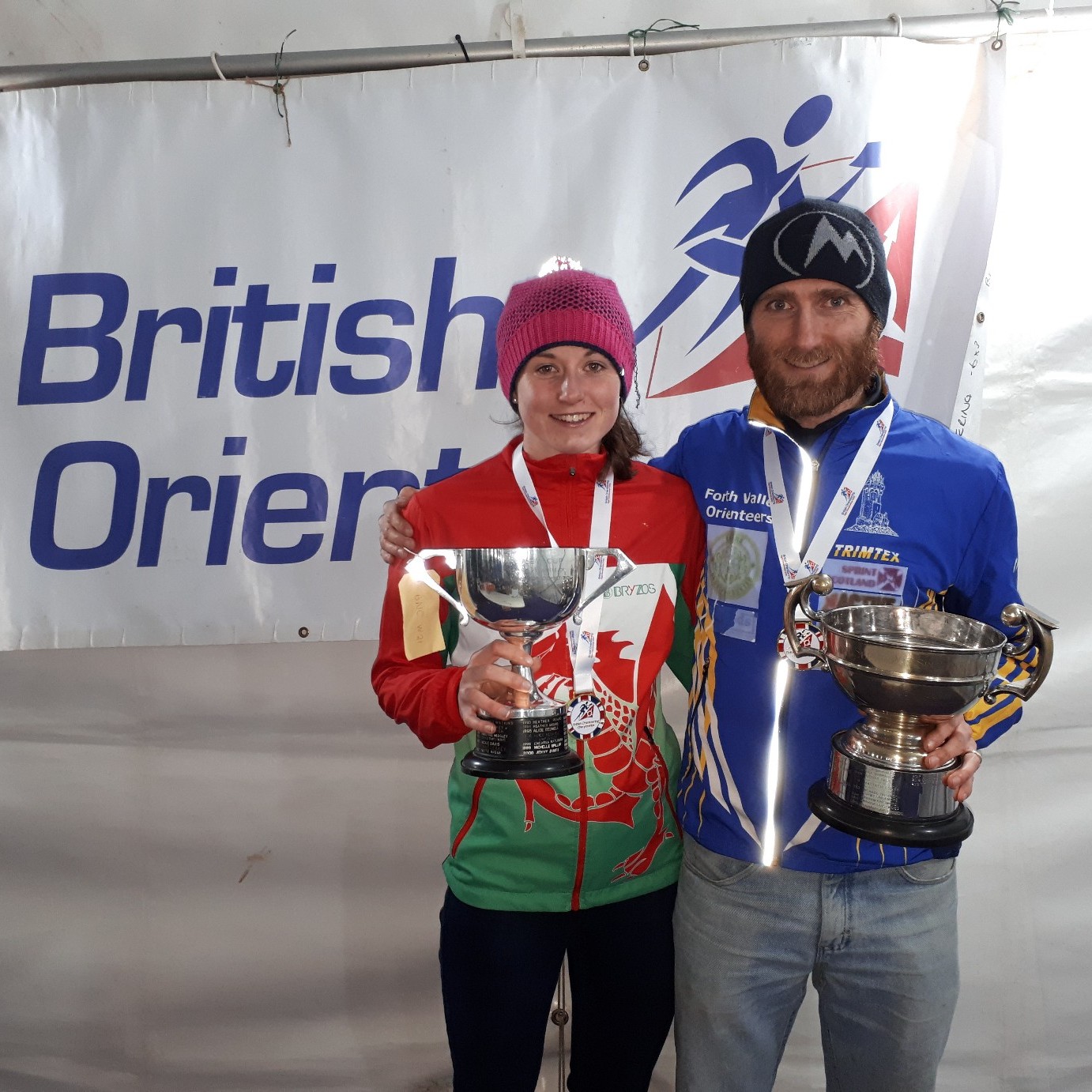 Megan and Graham with the trophies

Organising club summary of races and other related links