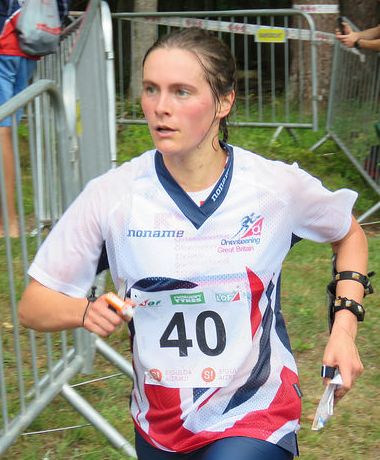 Charlotte has moved to Oslo. She is already a member of the Oslo club Lillomarka OL - being one of seven Lillomarka runners at the recent World Champs.

Wasting no time Charlotte is entered for Folloløpet med KM lang og Trimtex Cup this Saturday. And next weekend is the nearby World Cup Round 3.

Folloløpet also has entries from the North West (England) Junior Squad - 40 of them. Charlotte grew up in the north-west of England and was a member of the junior squad for several years, making two trips to Norway with them. Maybe the seeds of this move were sown some time ago?

She has a new blog. In the most recent entry Charlotte reflects on her runs at the World Champs.

(please click on the picture for Charlotte's pen portrait.)