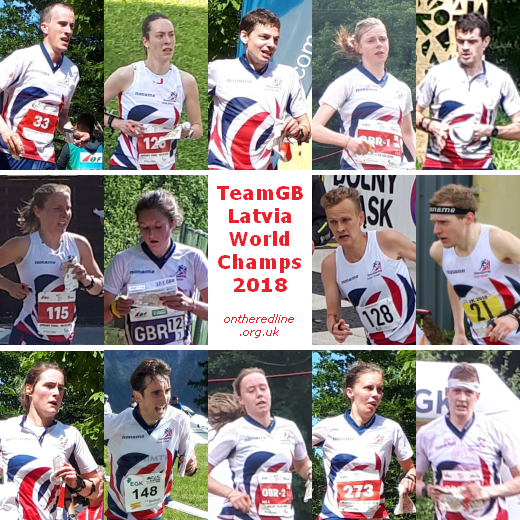 The team, or for British Orienteers "your team", for the 2018 World Championships in early August, has 14 runners. You know by now this is the last World Champs to be all discipline, i.e. sprint and forest races. So, in future years the team will almost certainly have fewer runners. It does mean for teams as a whole, for the support staff, and for spectators, there are many races to think about and look forward to: sprint, middle and long, plus the sprint and forest relays.

But that's not necessarily the individual athlete view. For seven of the GB athletes, half the team, there is a single race that is their's (counting the sprint qualification and final, which are on the same day, as one race.)

How does an athlete work their training in such a situation? How do you do the best possible race when you really want to? On The Red Line has a couple of articles on this aspect of the sport. The first is the final one in the set of three Ali McLeod did for On The Red Line when we launched, a general one about preparing for a single race.

Ali's other articles are about building the basics and starting well.

Three of the athletes do an individual race and a relay: Charlotte Ward, Jo Shepherd and Ralph Street.

Cat Taylor does two individual races and a relay.

And Kris Jones, Megan Carter-Davies and Peter Hodkinson do the individual sprint and two relays, and are the athletes running both sprint and forest.

The one who'll be thinking least about the races may be the youngest, as she is also running in the World Universities between now and the World Champs. Good luck to:

Megan Carter-Davies who recently ran her home town parkrun in a new pb of 18:00 for the 5km.