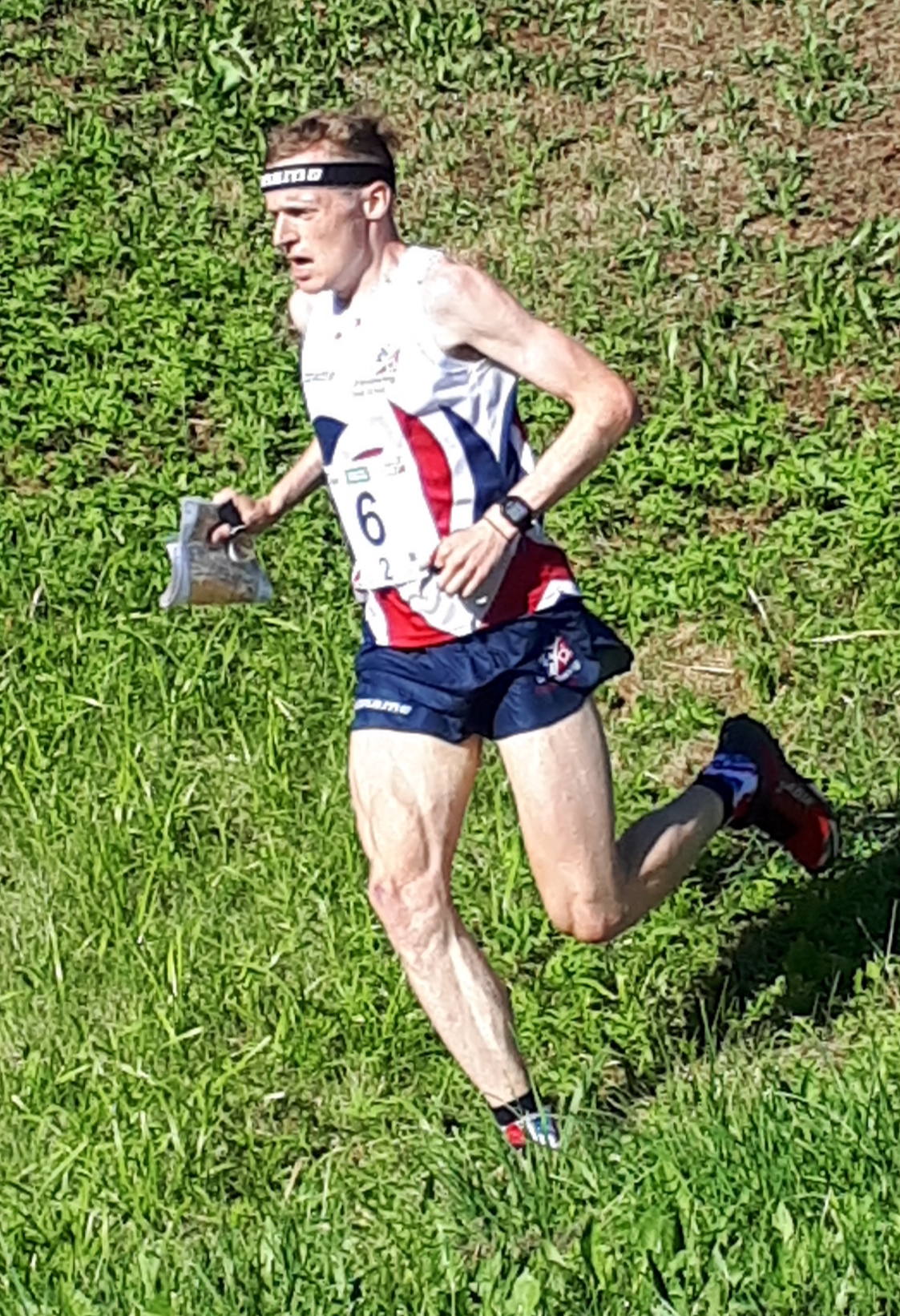 Great Britain, helped by a great run from Kris Jones on second leg, were seventh in the World Champs Sprint Relay in Riga, Latvia. The medals were won by the same countries as in 2017, and 2016, although as last year there was some swapping of positions.

The race, held in Riga but across the Daugava River from the Old Town, was an experience far removed from that of yesterday's individual sprint finals. And indeed from the experience of the vast majority of British orienteers.

Sweden took the gold. They came back at the front of a stream of runners from leg one, extended the lead on legs two and three, and ran smoothly on the final leg. From the chasing pack that finished leg 3 roughly together, Switzerland took silver, and from behind the pack Denmark came past to take the bronze, keeping their record of a medal every time the sprint relay has been run at a World Champs.

The area was flat and not very technical, with some parkland alongside an urban housing area, with most of the running on roads - the sort of area that is typical for many urban races in Britain. All runners did the same slightly gaffled (two single control gaffles) first half, an arena passage, an ungaffled section in the park to bring the runners close to the large crowds (our photo is from this section), and then a further slightly gaffled loop in the urban, with the men doing a little bit longer. It was good fun, there was a lot of side-by-side racing, it did show the athleticism of the runners and bring them close to the large and noisy audience, and the teams of the strongest runners got the medals. Indeed the three fastest women were the anchor legs for the medal winning teams, with Maja Alm's run lifting Denmark into the bronze position being particularly noteworthy - she ran 13:07, with only Judith Wyder of Switzerland at 13:45 also being under 14 minutes.

There was no tricky section like last year's forest part (which was criticised as being "too decisive"), and no gaffling of men against women (it is not considered good practice, but maybe on such a flat area it would have been OK and an early 4-way gaffling might have tested some of the runners.) So rather like the recent World Universities, the result was probably not very different from that which a running relay would have produced.

Note the World-of-O comment that Switzerland lost the relay on the men's legs. Florian Howald and Fabian Hertner ran for Switzerland. Both are WOC medallists, but they are not as fast as Daniel Hubmann and Matthias Kyburz, who ran in the individual sprint (Daniel won the gold), and significantly are medal contenders in Tuesday's forest middle distance. (Incidentally the Swiss Trials include a track 3000m.)

Together with Kris Jones's astonishing (Kris, "did you really run that?") time of 14:19, with only the two Swedes, Emil Svensk 14:58 and Jonas Leandersson 14:53 also getting under 15 minutes, perhaps we have moved on from the time when it was received wisdom that it was always the women who decided these relays. And, with this in mind, if you're wondering how Yannick Michiels got on - unfortunately Belgium didn't start.

Sprint Relay leg2 @Thekrisjones talks to @HectorHaines after the race. Kris was half a minute quicker than the next fastest runner on the leg. #WOC2018 pic.twitter.com/0AmJDA37RL