the start of the men's middle in the Cansiglio forest, October 2021

The Final Round of the 2021 World Cup took place at Cansiglio–Cortina d'Ampezzo in north-east Italy from 30th September to 3rd October.

The long race on Thursday 30th September and the middle on Saturday 2nd October were in runnable beech forest on high Karst terrain. These decided the individual World Cup with Kasper Fosser and Tove Alexandersson both winning both days and becoming the World Cup Winners 2021.

There was a thrilling sprint relay in Cortina d'Ampezzo on Sunday 3rd, with four nations including GB starting their last leg runners at the front within a few seconds of each other. It was like a double length knockout sprint. At the end Andrine Benjaminsen stormed in to win for Norway, the first time an international sprint relay was not won by either Sweden or Switzerland. GB were fourth nation. Sweden won the team World Cup. 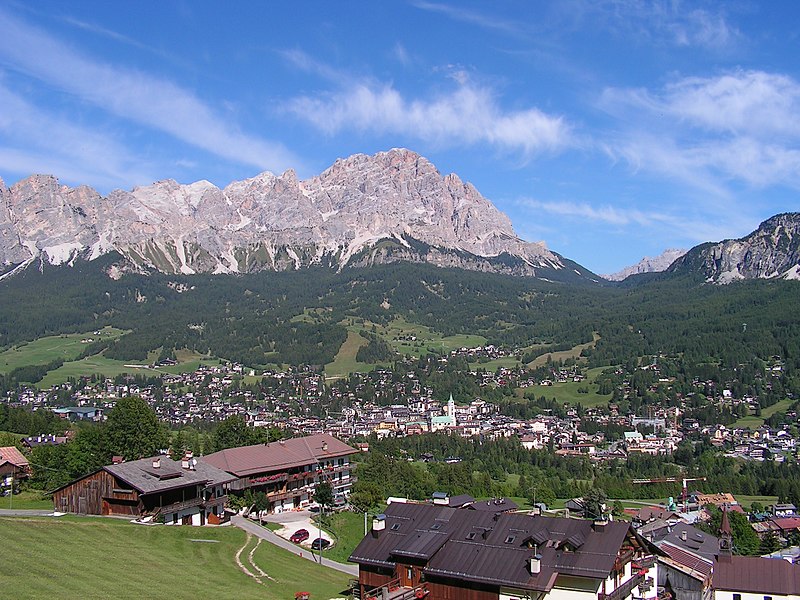 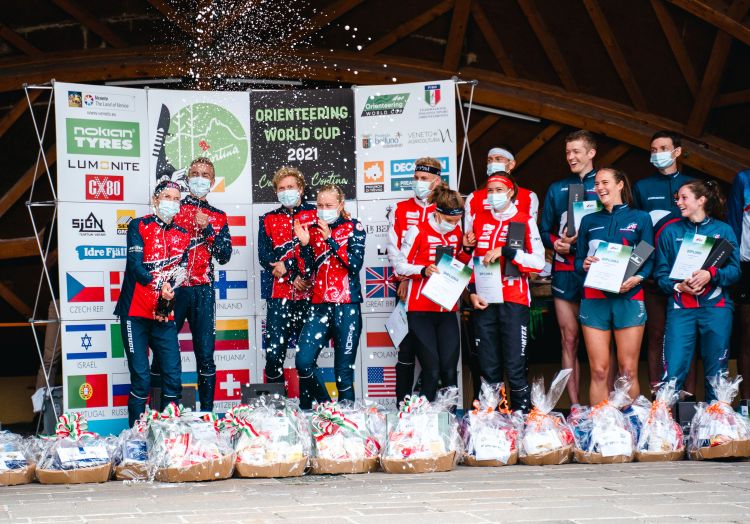 Great Britain sent a full team of 12 athletes and two coaches. All athletes ran all events (except one) as multiple teams per nation, with the first one home to count, can be entered in the relay at a World Cup. 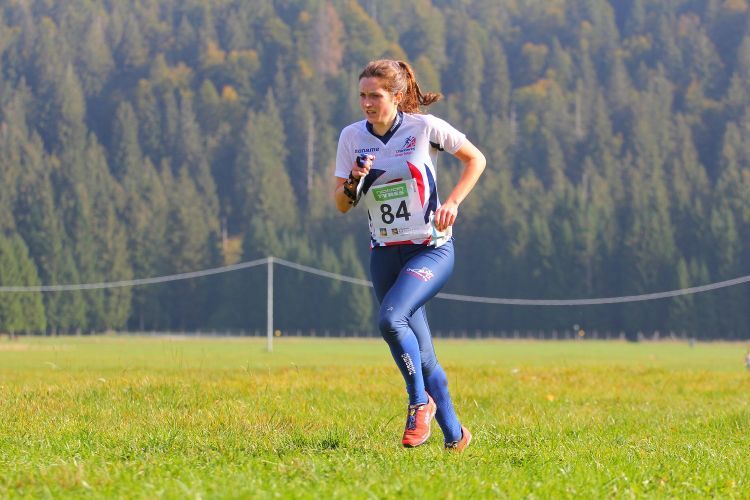 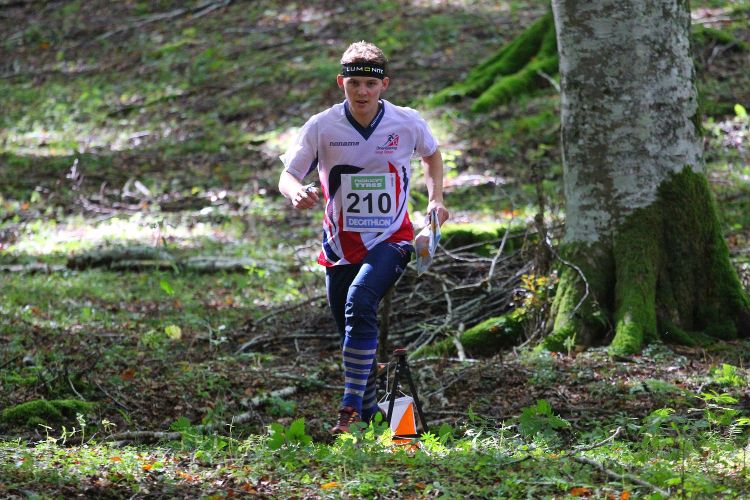 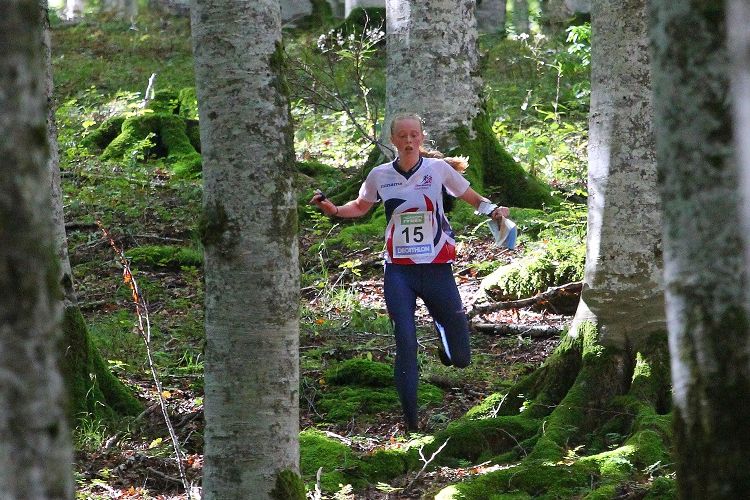 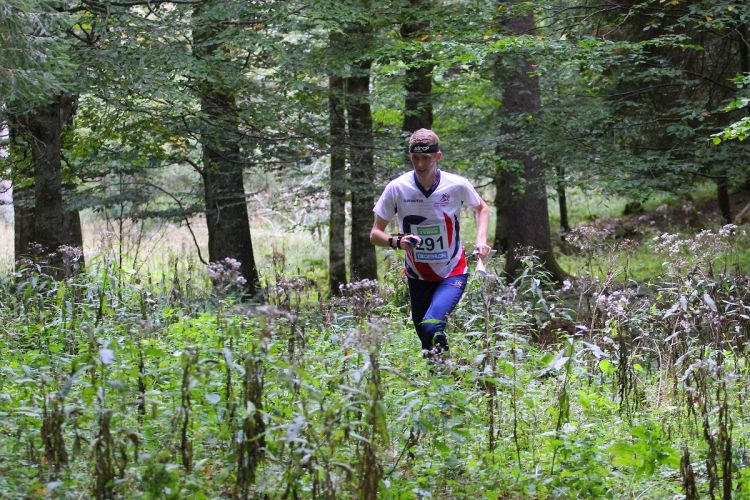 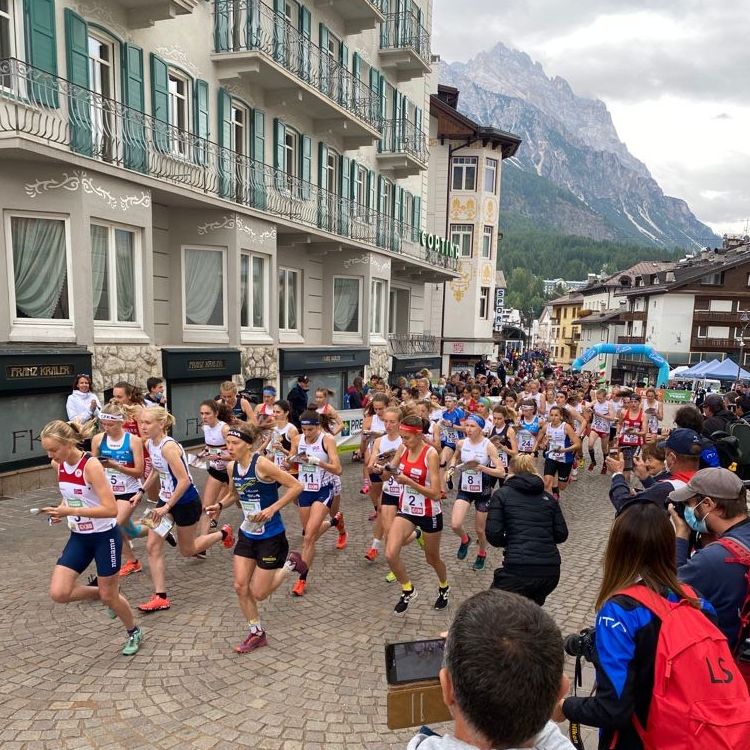 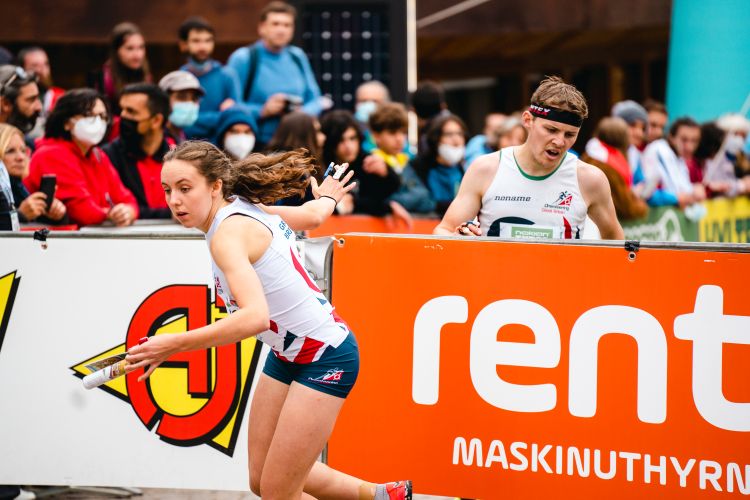 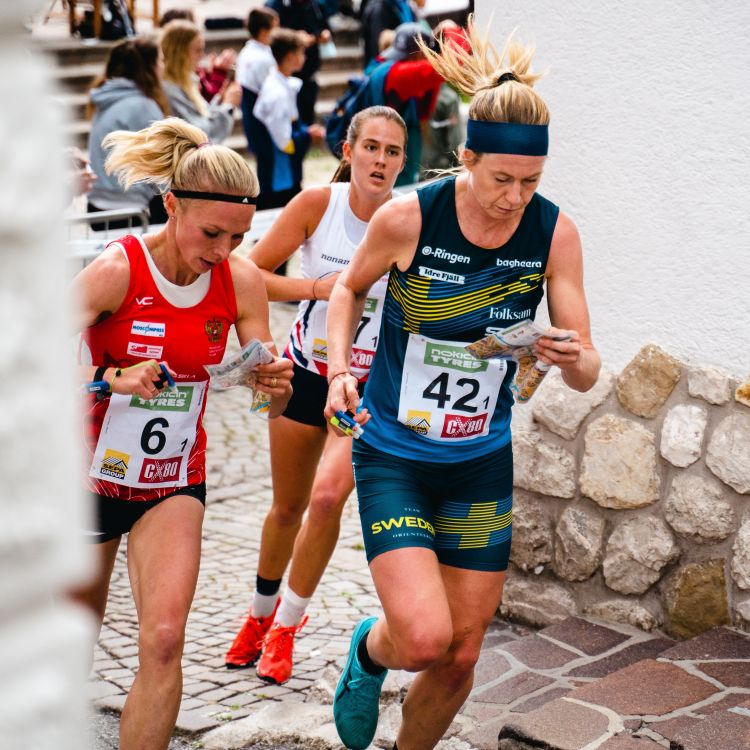 Grace took the first leg for the GB team that was fifth (fourth nation); Grace was fifth fastest on the leg. The first three teams at the end of leg one were Swedish, fourth were Russia 2. 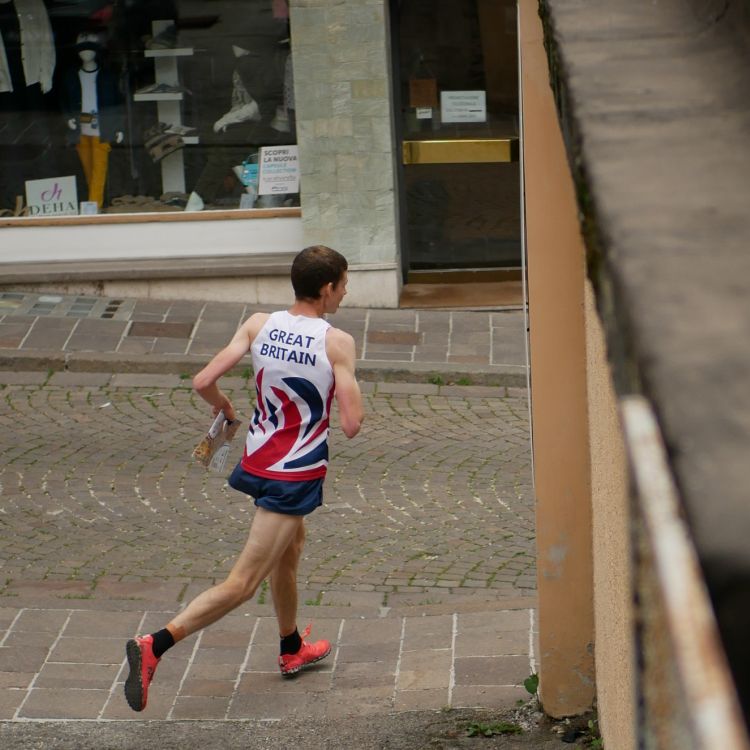 Chris took leg 2 for the GB team that was fifth (fourth nation); he handed over in eighth, six seconds behind fifth placed Latvia, five seconds behind eventual winners Norway.. 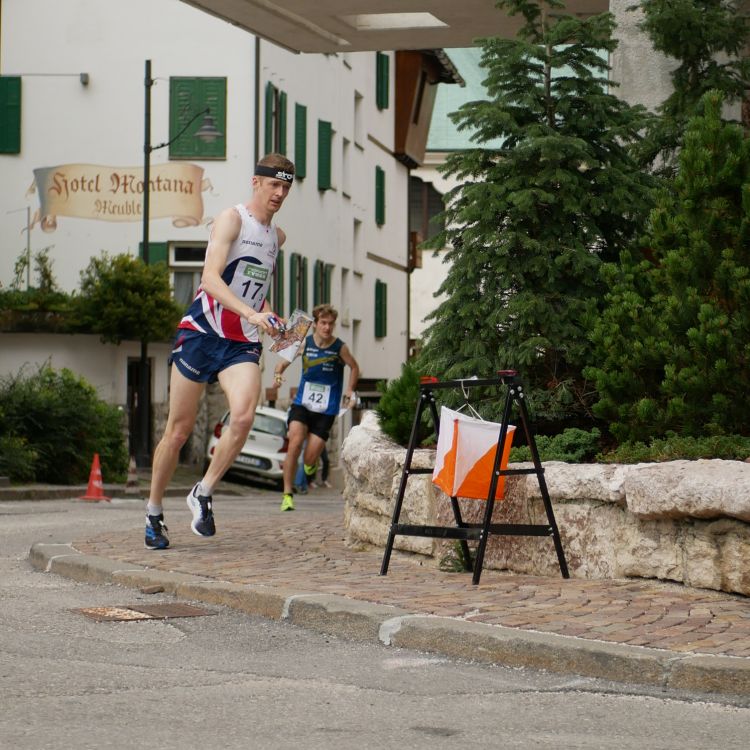 Ralph took leg 3 and had a strong run, finishing in a group of four at the front, led by Kasper Fosser and spread over just 8 seconds; Ralph was under the timing arch in third and at the barrier in second. 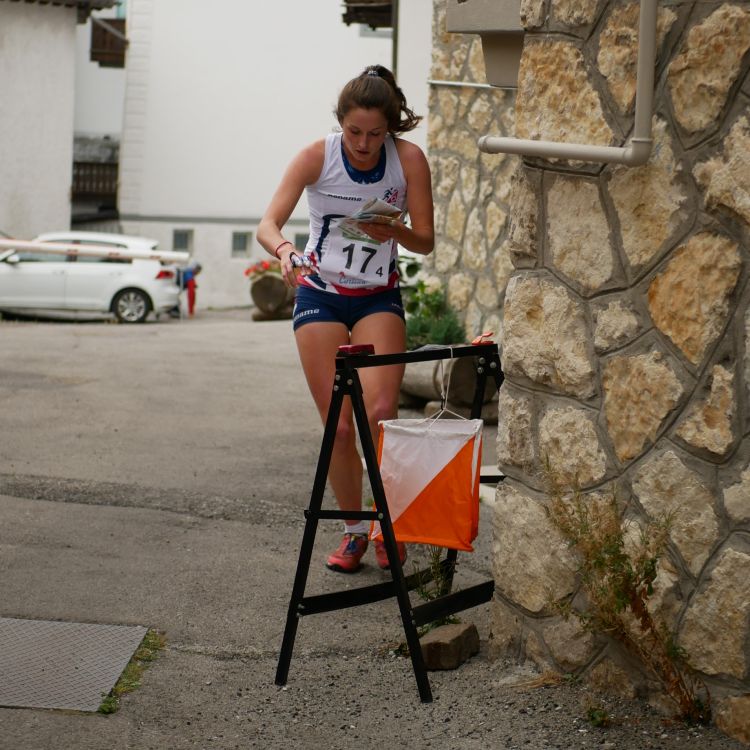 Megan anchored the GB team to fifth (fourth nation) losing out to the other three in the lead group. 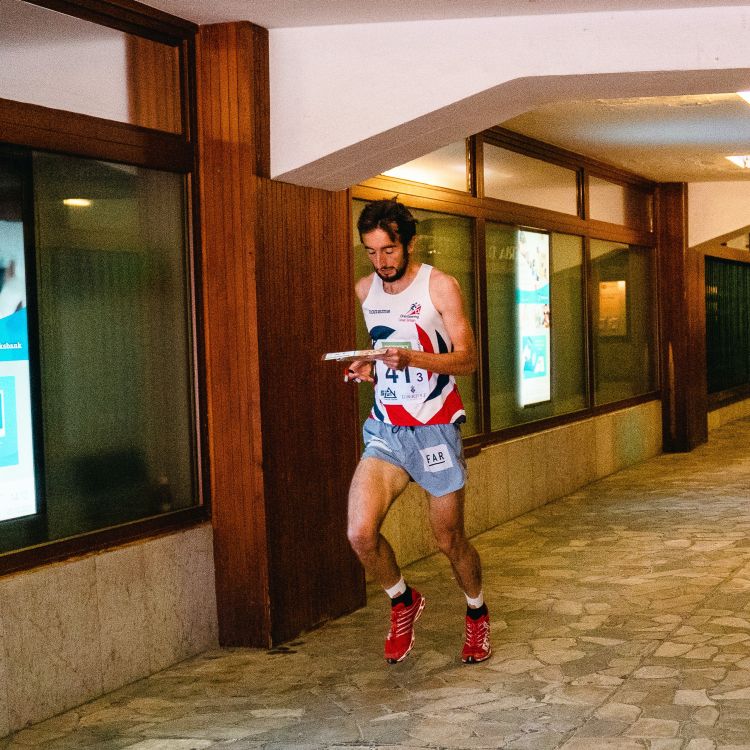 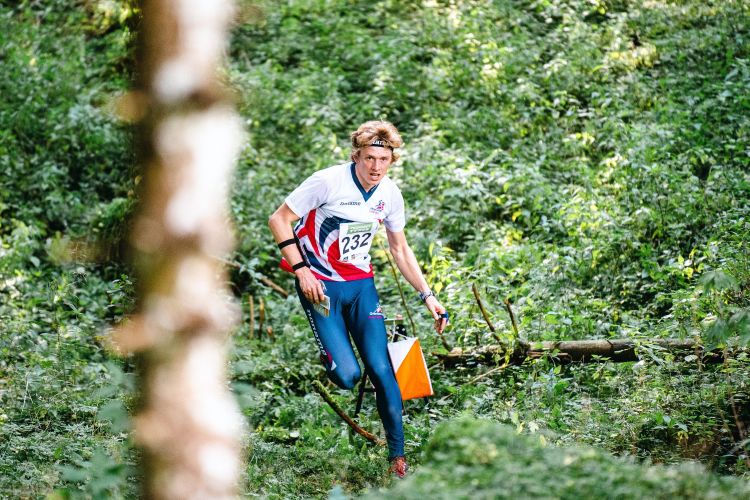 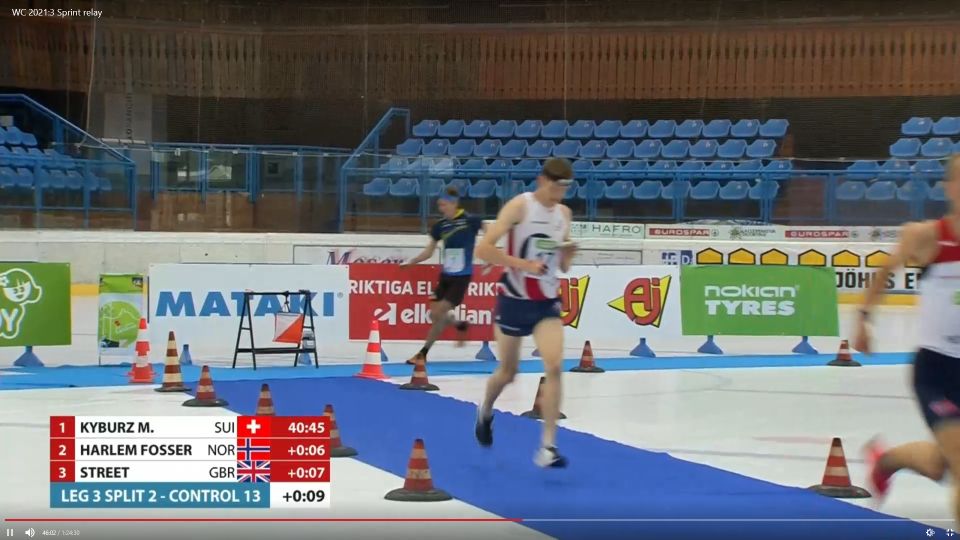 In the ice hockey arena, a screen grab from the live broadcast of the sprint relay

GB athletes not in the above pictures: Jo Shepherd, Cecilie Andersen and Ben Mitchell. Coaching were Andy Kitchin and Mark Hayman.

Whilst Britain is delighted to have come fourth, it also felt like the team missed another chance at an elusive sprint relay bronze medal. At WOC, GB have been near the front on several occasions - 4th in 2016, and 6th in 2014, 2017 and 2021. At the Europeans in 2018 they were in the battle for bronze and finished 6th (and it was Andrine Benjaminsen who won that battle.)

Megan found herself taking over in a group of four runners at the front of the last leg. As noted at the top of this piece it was like a double length knockout sprint. But also note Jonas Merz's thought (on internet commentary earlier this year) about relay last legs. They're like a penalty shootout in football: although you can practice the techniques in training you can't practice the situation.

Also despite the general strength and traditions of British running which have helped our orienteering athletes do well in individual sprint, relays have not been a big thing in orienteering in the UK in the way they are in other countries. For example in this year's domestic Sprint Relay champs (held in Northern England, so not especially out of the way) there were only 17 teams, with 3 of the 24 squad members running.

At this level, at the front on the last leg, it is invariably world-class runners from the strongest nations. They tend to be the best in this format, and familiar with the special demands of the last leg. Apart from GB, the other teams were from the countries that have taken the medals at the Europeans and WOC this year. Switzerland had Simona Aebersold, world ranking No2, who had run Tove very, very close for the overall World Cup. But not normally a last leg runner (these days for Switzerland we usually see Simona on leg 1 with last leg Elena Roos, who was injured.) Sweden had Sara Hagstrom, who ran last leg for the winning Swedish team at WOC, the silver placed team at the Europeans, and who won the Forest Relay for Sweden's second team at the previous World Cup round. And Norway had Andrine Benjaminsen, third in the World Cup, who ran the fastest last leg at WOC to win a sprint finish against Elena Roos for second place, and took the Norwegians home for bronze in the Europeans.

So no surprise at all who else was there in the front group, but it was unusual for GB to be there and for it to be so close and exciting.

Sadly Megan was disappointed saying she didn't run her best. On The Red Line notes that as well as the quality and experience of the other runners Megan had run hard the day before to get her high placing in the middle.

On The Red Line found interest in the split times for runners for the final, ungaffled loop (controls 101 - finish.) It was the same loop for men and women. Bear in mind that some final leg runners who do not have someone close behind may ease off to savour the atmosphere, and of course conversely some runners may deliberately have conserved effort for the end. See Winsplits for Sprint Relay, Italy 3/10/21.