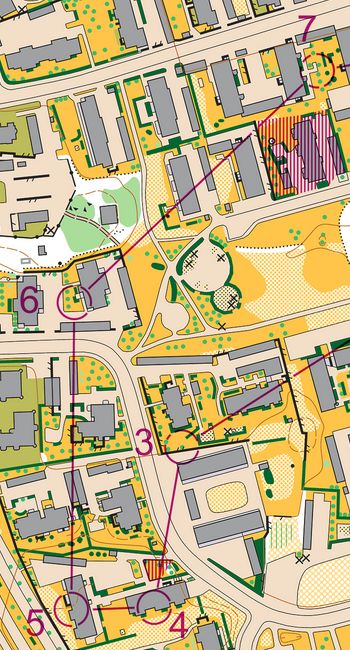 It has been noted that of the 12 British athletes in the team, four are Welsh. Team Selection Announcement.

It has been very hot. The Sprint Relay had very little navigational challenge, the Sprint had a better balance, and the Middle was very technical: some difficult controls in low visibility forest with modest contour and rock detail. You can see all the maps and courses via the GPS link. All the runners carry GPS and are races are live on GPS and a streaming channel.

The GB Team, Cecilie Andersen, Jonny Crickmore, Sasha Chepelin, and Megan Carter-Davies were fourth in the Sprint Relay on Tuesday. The race was won by Switzerland, with Poland second and France third.

A Finn, two Swedes and three Norwegians took the medals.

Sasha Chepelin was fifth in the men's race, and Jonny Crickmore ninth. The race was won by the New Zealander Tim Robertson, with Trond Einar Moen Pedersli of Norway second and Henry McNulty of Australia third.

Nathan Lawson and Matt Elkington were 35th and 37th respectively.

Katie Reynolds was eleventh in the women's race. The race was won by just half a second, with the gold to Virág Weiler of Hungary, and the silver to Martina Ruch of Switzerland. Aleksandar Hornik of Poland was third. On Tuesday Martina Ruch had anchored the winning sprint relay team, and Aleksandra Hornik the silver placed team.

Cecilie Andersen and Chloe Potter were 33rd and 35th respectively.

You can follow the races online (free). All runners have GPS.